The ARC Commons was designed for students, by students. 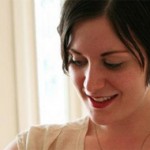 Laura Wildemann Kane is a doctoral candidate in Philosophy and a Digital Initiatives Fellow at the Graduate Center of the City University of New York.  Her research interests primarily concern topics in social and political philosophy; specifically, how constraints on individuals within the traditionally defined private realm hinder their ability to fully participate as political actors.  She is also interested in the social and political implications of technology; specifically, what role social media technologies play in defining and re-defining the private and public realms of society.

In addition to her philosophical studies, Laura’s work as a Digital Fellow has given her the opportunity to learn web development, project management and to explore new digital tools for research.  She has been a designer for the Institute for Language Education in Transcultural Context (ILETC) website, the Digital Fellows website, the Graduate Center Digital Initiatives website, and has organized, curated and co-taught a workshop series for all students and faculty at the Graduate Center that focused on social media, WordPress, citation management, cloud storage and data visualization.

Laura is also a student in the Interactive Technology and Pedagogy Certificate Program, where she has learned to develop digital solutions to challenges faced by educators.  She currently teaches at Hunter College of the City University of New York, and is an elected member of the Graduate Council and an At-Large Representative for the Doctoral Students’ Council at the Graduate Center. 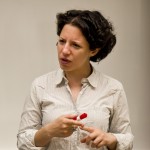 Hillary Miller received her Ph.D in Theatre from the CUNY Graduate Center in May 2013. Her dissertation, Drop Dead: Municipal Crisis and the Geographies of Performance in New York City, 1972-1982, focused on performance practices, spatial inequities, and community identity in arts neighborhoods during the 1970s fiscal crisis in New York City.

During the 2012-2013 academic year, Hillary was a Digital Fellow at the CUNY Graduate Center, where she designed and maintained the website for the Digital Fellows and facilitated workshops on digital research management and academic tools for students. She also worked on the website for the Graduate Center Digital Initiatives, and contributed to the implementation of the strategic vision for public digital scholarship at the GC. Reflecting on her work on this ARC Commons site, Hillary explained:

The ARC Commons site project gave me the opportunity to implement  refreshing ideas about public scholarly inquiry among students and faculty at the Graduate Center. The team that worked on this site is committed to experimenting with new approaches to longstanding questions: how to share ideas across disciplines, confront controversial and timely topics in public forums, and encourage participation on multiple levels.

As a Senior Communication Fellow at the Bernard L. Schwartz Communication Institute, Baruch College, Hillary worked with students and faculty to design communication-intensive curriculum in business and liberal arts courses. In the fall of 2013 she will join the faculty of the Program in Writing and Rhetoric at Stanford University as a Lecturer, where she will teach first-year courses in writing as part of a new arts-minded academic residence program, ITALIC.