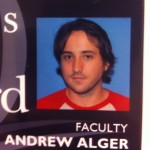 Andrew Alger studies how urban space was shaped in mid-century Baghdad by private and state-led initiatives for developing new neighborhoods and social services for growing immigrant populations. By mapping the construction of schools, hospitals, and roads onto the Baghdad landscape from 1921 to 1968, Alger aims to examine how development plans affected daily life in the country’s largest city. It is hoped that this project will complicate Iraq historians’ understanding of trends that have largely been studied in national and international terms. 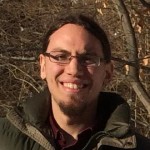 Jeffrey Binder is a PhD student in English at CUNY who specializes in nineteenth century American literature, digital humanities, and critical theory. Jeff comes to the humanities from a background in computer programming, and much of his work involves putting new digital technologies into dialogue with their historical precedents. His present research focuses on eighteenth- and nineteenth-century thinking about language, especially in relation to the regimented forms of writing characteristic of law, bureaucracy, and computational technology. For this project he is looking at early American dictionaries, linguistic theories, and educational texts, along with contemporary quantitative methods of understanding language change. 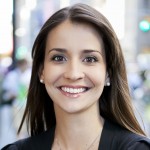 Mila Burns (Nascimento) is a Ph.D. student at the History Department. She studies diplomatic and political relations between Chile and Brazil from the election of Salvador Allende, in 1970, to the early years of the Augusto Pinochet regime. Focusing on documents recently declassified by the Brazilian Truth Commission, her work also includes research in various archives in Chile, Brazil, and United States. By mixing archival research and oral history, Burns also expects to offer a new perspective on the role of exiles in Chile on the international image of the Brazilian dictatorship. Filling the gap in the scholarship of the period by presenting a new perspective, her project may help us to think differently about the mutual influence South American countries exerted during the military period. It is possible that, by looking at neighbors’ diplomatic history, one can find that the global relations at the time were much different than previous academic works have led us to think. This project will also contribute to the fields of political science, international studies, military, and transnational history.
Carmela Muzio Dormani (bio coming soon</em) 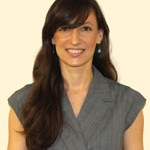 Syelle Graves is pursuing a Ph.D. in linguistics at the Graduate Center. Her current project, in sociolinguistics, investigates dialect discord in medical discourse, and how it may lead to misdiagnosis, stemming from work on with a case study in collaboration with two physicians. As an Enhanced Chancellor’s Fellow, she served as lab coordinator of the Language Acquisition Research Center in the Department of Psychology at Hunter College, as a Graduate Teaching Fellow in the Department of English at Hunter College, and a writing fellow at the New York City College of Technology. She received her en-route MA in linguistics from the Graduate Center, and now teaches in the humanities department at LaGuardia Community College. 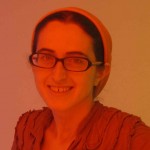 Abigail Lapin is a second year Ph.D. student in Latin American Art History at the CUNY Graduate Center. She studies the visual arts produced in support of the Afro-Brazilian anti-racism movement in the 1950s through 1990s. The circle of artists associated with civil rights adopted diverse aesthetic strategies that exposed the country’s pervasive religious and racial inequalities. Abigail contends that the visual arts and architecture were critical to the propagation and development of the movement and forever altered the depiction and imagery associated with blackness in Brazil. Placing religion as fundamental to the formation of ethnic identity, her project explores how space and art embody religious imagery to become signs of resistance against government repression and dominant inequalities, forming an Afro-Brazilian ethno-religious identity through the visual arts and architecture. Thus far, art historical scholarship has segregated African-derived art in Brazil from the mainstream history of Brazilian art. Her topic seeks to break the barrier in current scholarship and rightfully integrate such artwork into the canon of Brazilian art history. 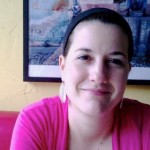 Kimberly Livingstone, LMSW, is currently working towards her PhD in Social Welfare at the Graduate Center, CUNY. Her areas of research interest include homeless service-users’ experiences and evidence-based homeless service models like CTI and Housing First. Ms. Livingstone has 12 years of professional experience in homeless services and program management. She is a Silberman Doctoral Fellow working with Dr. Herman and Ms. Conover at Hunter College. She is co-investigator on a qualitative research study exploring service-users’ experiences while residing in supportive housing and how people successfully move on to more independent living situations. She has been selected to receive an Advanced Research Collaborative Research Praxis Fellowship Award by the Graduate Center, City University of New York. She has also been awarded a Doctoral Student Research Grant for the 2014-2015 academic year. 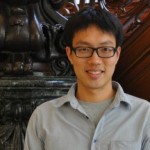 Chun-Yi Peng is a 3nd year doctoral student in the Linguistics Program. He is interested in second language acquisition (SLA) and sociolinguistics, especially the syntactic variation across spoken Mandarin varieties. His current research project looks at the effects of media exposure on the grammaticality judgment made by ‘standard’ Mandarin speakers. Chun-Yi has taught Mandarin and linguistics courses across CUNY campuses. He has also worked on the LENS Assessment projects in the SLA lab at the Graduate Center. He received his MA from Michigan State University and BA from National Taiwan University. 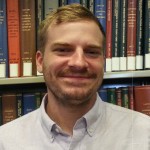 Christopher Rominger studies how the experience of the First World War transformed Tunisia’s political landscape. His research, in looking at a variety of movements and individuals active in the early 1920s, attempts to redirect focus towards a wartime and postwar experience in Tunisia which should not be viewed as a linear, singular march towards anti-colonial nationalism, but rather as a diverse set of overlapping, competing, and contingent political and social visions which defied simple categorizations. That these visions emerged, competed, evolved, succeeded, or even failed, can reveal more to us about a people in crisis than can any linear retrospective. Rominger’s project proposes to situate Tunisia’s experience during the war and its immediate aftermath within the wider context of colonial and non-Western societies around the Mediterranean, with implications for our understanding of how trauma, inequality, and mobility can impact political engagement and identity. 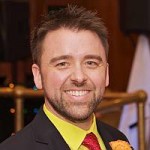 Jeremy Sawyer is studying the relative impacts of play-based and pre-academic preschool pedagogy on children’s development of private speech and intrinsic, mastery motivation, which has been shown to be a strong predictor of long-term gains in cognitive, social, and communication skills. Vygotskian theory and modern research suggests that sociodramatic play is the most important source of preschoolers’ overall development, but the corporate-driven obsession with high stakes assessment and accountability has led to a resurgence of highly didactic, developmentally inappropriate pre-academic preschool programs (“child cognitive labor”), which are disproportionately imposed on poor and working class children. President Obama and Mayor De Blasio have instituted initiatives to expand preschool funding and access, which is expected to benefit poor and working-class children and families, yet the pedagogical methods of these programs, remain an open political and educational question. It is expected that studying children’s private speech and motivational processes in play-based vs. pre-academic settings will help to illuminate beneficial and equitable pedagogical approaches for the development of all children. 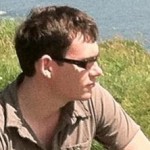 Patrick Smyth leverages new modes of presentation in ebooks to explore the untapped potential of the scholarly edition as a form. His research examines new economic, social, and creative trends in ebook dissemination and consumption, with particular emphasis on experimental forms such as the ebook/archive and ebook/app hybrid forms. Patrick also investigates new avenues for creating appealing, accessible scholarly editions by leveraging new advances in web technology, including new methods of formatting ebooks for mobile devices. 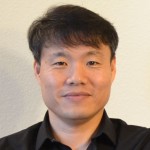 Sangdong Tak is a former student activist in Korea. He has pursued master’s degrees in Philanthropic Studies and Public Administration in the US, looking at civil society organizations for bringing justice to society. Now, as an immigrant sociologist, he has a keen interest in immigrant organizations and their political participation, and is a volunteer at the Korean American Civic Empowerment. One of his future goals is founding a national college student organization that focuses on peace in the Korean Peninsula. 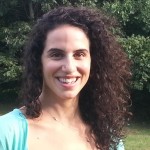 Sarah Tosh is a student in the Doctoral Program in Sociology at the Graduate Center. Her research centers on the parallel and intertwined developments in drug and immigration policy which have occurred in the United States in recent decades. For her dissertation, she plans to utilize a multi-method approach (legislative history, content analysis of print media, and secondary data-analysis of public opinion polls) to assess the extent to which a “moral panic” linking drugs and immigration played a role in shifts towards more punitive policy in both of these areas, specifically during the 1980s and 1990s. Ultimately, she hopes that untangling the way in which these persistent policy frameworks were originally initiated will help to inform a more fact-based approach towards legislation in these persistently controversial areas. The working title of her dissertation is, “Moral Panic and the Construction of Repressive Policy: Drugs and Immigration in the United States.”