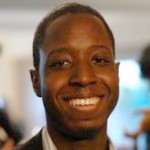 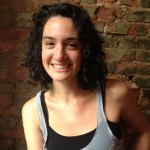 Rachel Brown is currently a PhD candidate studying political theory at the Graduate Center. Her research interests include the emotions of citizenship, migration and gender, and affect theory. She is writing her dissertation on the relationship between migrant domestic careworkers and Jewish-Israeli employers in Israel and the ways this relationship calls into question traditional political conceptions of citizenship. Rachel also teaches “People, Power and Politics” at Brooklyn College, a course about theories of power and American social movements. She has side interests in synesthesia as a conduit to revelation in religious texts and enjoys playing music and writing in her spare time. Tahir Butt is a student in the Urban Education department as well as a Macaulay Instructional Technology Fellow at Hunter College. In his research he has begun looking at history of public higher education in New York from the postwar period till the fiscal crisis of the 1975, in particular its expansion and the political conflict over financing that expansion. He is also interested in the increasingly significant role student test scores are having on the conditions of teaching labor. Before starting graduate school he worked as a software developer at a private education software company, where he continues to work as a part-time data analyst. 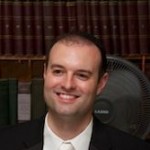 Gordon Dale is a Ph.D. student in Ethnomusicology at The CUNY Graduate Center. Gordon’s current research focuses on censorship and modernity in the popular music of New York’s Hasidic Jewish community. A specialist in Jewish music, his previous work has included diverse topics such as Jewish Hip Hop, Orthodoxy and feminism, and liturgical chant. In addition, Gordon has written on West African music, music in Sufi worship, and contemporary Western popular music. Gordon is a past president of The Society for Ethnomusicology’s Special Interest Group for Jewish Music, and holds a BS in Music from Northeastern University and an MA in Ethnomusicology from Tufts University. 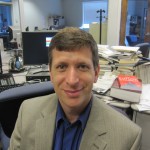 Jeff Diamant‘s research focus involves American religious history. A graduate of Yale University, he is a fourth-year student in CUNY’s doctoral program in history, where his major is American History and his minor is Middle Eastern History. Previously, he was an award-winning newspaper reporter, spending most of his career at the Newark Star-Ledger, where he covered religion and immigration, and the Charlotte Observer, where he covered police and court activity. 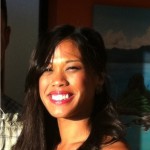 Brenda Gambol is  a doctoral student at The Graduate Center, CUNY.  She is particularly interested in education, immigration, and race and ethnicity and is planning to write her dissertation on the educational outcomes of second-generation Filipino Americans.  Before joining CUNY, Brenda was a New York City public school teacher for several years. She is currently working with Filipino American  students in Brooklyn as they transition from high school to college. 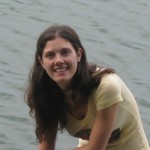 Meg Gorsline is an historical archaeologist researching white power and privilege in the 19th century U.S. and the role of historical memory in perpetuating inequality.  She received her B.A. from Vassar College and her M.A. from The Graduate Center, CUNY.  She was awarded a Chancellor’s Fellowship and a Writing Fellowship by CUNY, is a Visiting Scholar at Stony Brook University, and has taught at Queens College for 4 years.  She lives on Long Island with her partner and their beautiful daughter. 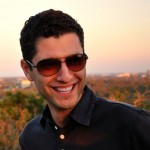 Aboozar Hadavand is a doctoral student in economics at the Graduate Center of City University of New York and has a master’s degree in economics from Texas Tech University. His main focus is in economic development, globalization and inequality. Growing up in post-revolutionary Iran, he also likes to read and write about socio-economic issues in the Middle East. 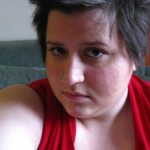 Stefanie A. Jones is pursuing the PhD in Theatre and the American Studies Certificate at the CUNY Graduate Center, and received a Bachelor’s of Science from the University of Wisconsin, Madison.  SAJ’s research interests stem from intersections of Marxism, Critical Race Theory, and Gender Studies, and harbor a secret undercurrent of philosophy.  Specifically, SAJ is examining the racial and gendered structures of neoliberal capitalism through an investigation of global financial institutions and popular culture since the 1970s. SAJ is an adjunct at Hunter College, and a Ronald E. McNair Scholar. 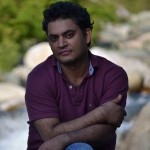 Mohamad Junaid is a doctoral student in Anthropology at the Graduate Center, CUNY. His research is focused on the formation of political and religious subjectivities among urban Kashmiri youth. Prior to joining the Graduate Center, Junaid taught International Politics to masters students in Kashmir. His work on the analysis of military occupation in Kashmir has been published in the volume Everyday Occupations: Experiencing Militarism in South Asia and the Middle East (U Penn Press, 2013). His essays have also appeared in Guernica, AlJazeera, and elsewhere. 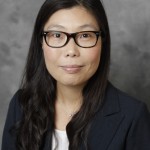 Chunrye Kim graduated with an MA in Criminology from John Jay College before commencing her doctoral studies at the Graduate Center, CUNY. Chunrye’s research interests are in juvenile justice, domestic violence (among immigrants), sex crime, crime policy, and crime and media. Since commencing her doctoral studies at CUNY, she has been involved in research projects with faculty on domestic violence in American immigrant communities, as well as on the comparative study of religion and crime. 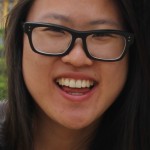 Hyein Lee is a doctoral student in Sociology at The Graduate Center, CUNY. Her research interests include class, race, family, and immigration. Hyein is currently examining interracial and interethnic marriages among Asian American elites and hopes to broaden the study to include black and Latino Americans as well. Shirley Leyro is a Ph.D. student in the Criminal Justice program.  Her present research interests include immigration and crime, social disorganization, and examining the “Latino paradox” phenomenon in criminology.  Ms. Leyro is also a co-editor of the recently published book, Outside justice: Immigration and the Criminalizing Impact of Changing Policy and Practice, as well as a contributing author in the same volume. 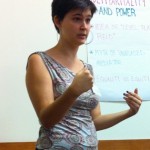 Lydia Pelot-Hobbs is pursuing a PhD in Geography and a certificate in American Studies at the City University of New York Graduate Center. Her research centers on the rise of the Southern carceral state and the accompanying antiprison movements that emerged in response. Lydia’s research is deeply informed by her experiences living and organizing in New Orleans for over five years prior to beginning her doctoral studies. Before attending the Graduate Center, she received a Bachelors in Comparative American Studies and English from Oberlin College, and received a Masters in Urban Studies from the University of New Orleans. Her writing has appeared in publications including Monthly Review Zine, Left Turn Magazine, The Abolitionist, and the forthcoming book Unfathomable City: A New Orleans Atlas (UC Press). Chelsea Schields is a PhD student in History at the Graduate Center, CUNY. Her research focuses on the evolution of political relations between the Netherlands and the islands of the former Netherlands Antilles throughout the twentieth century.  She is especially interested in how forms of non-sovereign statehood in the Dutch Caribbean inflect transatlantic debates on sexual politics. Chelsea has conducted research in the national archives of the Netherlands and Curaçao.

Andrew Shield received his M.A. and M.Phil from the CUNY Graduate Center in History and B.A. from Brown University in International Relations and Arabic. He is an ABD doctoral student at the City University of New York (CUNY) Graduate Center and a visiting scholar at Roskilde University. In Denmark and the Netherlands, he studies the history of immigration since the 1950s with a focus on gender and sexuality. He has presented research on Moroccan immigration into the Netherlands at the “Sexual Nationalisms” conference in Amsterdam, and research on queer migrations at the “Homonationalism and Pinkwashing” conference in New York. Joanna Tice is a doctoral candidate in Political Science and Women’s Studies. Her dissertation research uses feminist, queer, and affect theories to explore the ontological beliefs of contemporary conservative evangelicals and how those beliefs undergird their views on gender and sexuality. Joanna has taught American and contemporary political thought at Brooklyn College for the last three years. 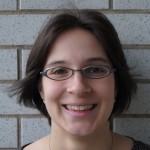 Julie Viollaz is a doctoral student at John Jay College of Criminal Justice and the CUNY Graduate Center. She received her B.A. in Biology & Forensic Science from Mount Holyoke College and her M.A. in Criminal Justice from John Jay College. She is currently working on her dissertation focusing on cases of human-leopard conflict in South Africa and India. She hopes to determine what environmental and cultural factors drive retaliatory leopard killings in these areas and how situational crime prevention can help prevent them and promote leopard conservation. Her other research interests include honor killings, women’s pathways into terrorism, and working with survivors of rape and domestic violence as a patient advocate in the emergency room. 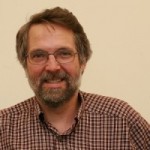 Tom Waters is a doctoral student in Political Science at the CUNY Grad Center, interested in housing policy, urban politics, the bureaucracy, and interest groups. In addition he is a policy analyst at the Community Service Society (CSS) of New York. He has written CSS reports on New York City’s dwindling stock of subsidized and regulated housing, the effects of increased housing budget pressures, and housing conditions affecting the city’s immigrant communities. He also participates in coalitions advocating on issues related to Mitchell-Lama rental housing, physically distressed subsidized housing, and predatory investment in apartment buildings. Previously, he was a journalist, a community organizer in Knoxville, Tennessee, and an organizer, fundraiser, and interim director at New York State Tenants & Neighbors. 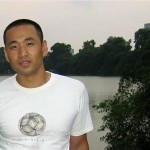 Tommy Wu is a doctoral student of sociology at the Graduate Center and holds a Master of Urban Planning from Columbia University. His academic interests include state theory, immigrant workers and political subjectivities. Tommy currently teaches at Queens College’s sociology department and also serves as an oral historian for the Tenement Museum.