Don Mitchell: “Social Justice and the Sausage Factory: Struggles in and over the University in the US and UK” 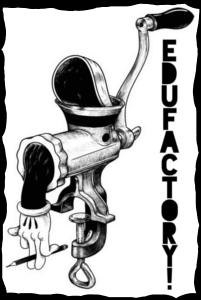 As universities seek to redefine their role as “public goods,” and as innumerable pressures transform the nature of higher education and student and faculty work within it, the role of the university as a social force within cities is likewise rapidly changing. University campuses have long been sites of political organizing, places where political publics form, organize actions, and make claims on the city.

At the same time, universities are big political and economic players in cities, shaping and reshaping the landscapes they are part of. As both sites of public-formation and major urban institutions, universities have a strong and central role to play in producing or ameliorating geographies of justice and injustice. Drawing on research conducted in the United Kingdom (Manchester, Glasgow) and the United States (Denver/Boulder, Oakland/Berkeley), this talk examines the changing nature of the university – the educational sausage factory, as Karl Marx and Neil Smith called it – and the way it shapes publics for action in the city. Focusing on both movements of protest and for community engagement (e.g. service learning and similar projects) the talk will explore the changing ways in which contemporary universities, squeezed in many directions by a neoliberal capitalism in crisis, become sites from which and within which struggles over the socially just city are shaped. 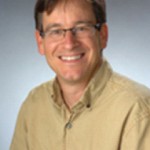 Don Mitchell is a Distinguished Professor of Geography at Syracuse University where he has taught since 1997. He has most recently published The Saved Crops: Labor, Landscape and the Struggle Over Industrial Farming in Bracero-Era California (2012), The People’s Property? Power, Politics and the Public (2008) (co-authored with Lynn A. Staeheli), The Right to the City: Social Justice and the Fight for Public Space (2003), and Cultural Geography: A Critical Introduction (2000). He was a MacArthur Fellow from 1998-2003 and received his Ph.D. from Rutgers University in 1992.