I am at the beginning of a new project. Its specific shape will depend upon how much material I obtain from the Clinton presidential library and other government archives. I will briefly address these problems at our session. But I would like to use the session to present my preliminary ideas on the timing of neoliberalism and the role of globalization in its triumph the 1990s. To give you some notion of the ideas I am considering, I am including a paper I gave at a conference in Hong Kong in November. Because the conference theme was US-China relations, my paper was structured to address the topic. But as you will see next Thursday, US-China relations are only one aspect of the project. 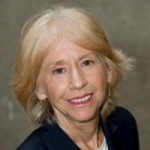 Judith Stein is Distinguished Professor of History at the Graduate Center, CUNY, and City College of New York. She received her Ph.D. from Yale University. Her research and teaching focus on African American and Twentieth Century U.S. political economic history. In addition to numerous articles, she is author of the books The World of Marcus Garvey: Race and Class in Modern Society (Louisiana State University Press, 1986), Running Steel, Running America: Race, Economic Policy, and the Decline of Liberalism (University of North Carolina Press, 1998), and Pivotal Decade: How the United States Traded Factories for Finance in the Seventies (Yale University Press, 2010).