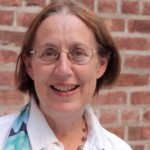 Nancy Foner, Distinguished Professor of Sociology at Hunter College and the Graduate Center, City University of New York, received her B.A. from Brandeis University and Ph.D. from the University of Chicago. Her main area of interest is immigration. She has studied Jamaicans in their home society as well as in New York and London, done research on nursing home workers, and written widely on immigration to New York City. She is particularly interested in the comparative study of immigration – comparing immigration today with earlier periods in the United States, the immigrant experience in various American gateway cities, and immigrant minorities in the United States and Europe. She is the author or editor of sixteen books, including From Ellis Island to JFK: New York’s Two Great Waves of Immigration (Yale University Press, 2000, winner of the 2000 Theodore Saloutos Award of the Immigration and Ethnic History Society); In a New Land: A Comparative View of Immigration (New York University Press, 2005, Choice Outstanding Academic Title for 2006); and Across Generations: Immigrant Families in America (New York University Press, 2009).