Steven Jones: “The Priest and the CEO – Humanities Computing in 1949” 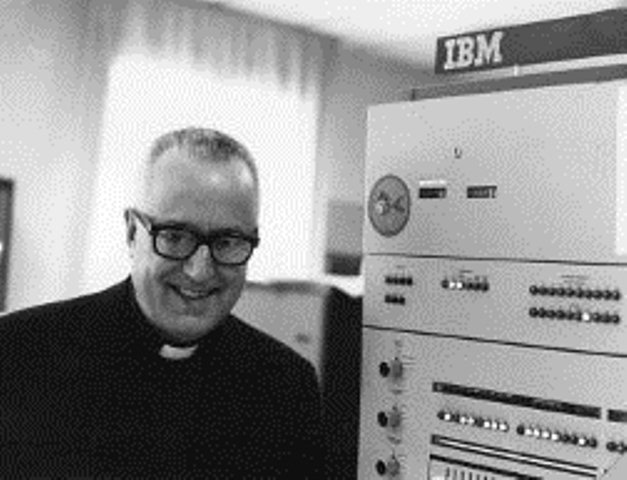 Steven Jones
The Priest and the CEO: Humanities Computing in 1949

Steven E. Jones’s interests include Romantic-period literature, textual studies-about the production, transmission, and reception of texts of all kinds in any media-and digital humanities. He’s author of numerous books and articles, including The Emergence of The Digital Humanities (Routledge, 2013), (co-authored with George K. Thiruvathukal), Codename Revolution: The Nintendo Wii Platform (MIT Press, 2012), The Meaning of Video Games (Routledge 2008), and Against Technology: From the Luddites to Neo-Luddism (Routeldge, 2006). He is currently researching the history of the collaboration between Jesuit linguist, Fr. Roberto Busa, and IBM (1949-1955), often said to mark the beginning of humanities computing. He will be with the Graduate Center for the full academic year.