On March 23rd, 2014 Professor Yuri Kazepov presented his research into the rescaling of European welfare systems following the incorporation of the European Union as well as trends in European countries toward localized welfare policies. 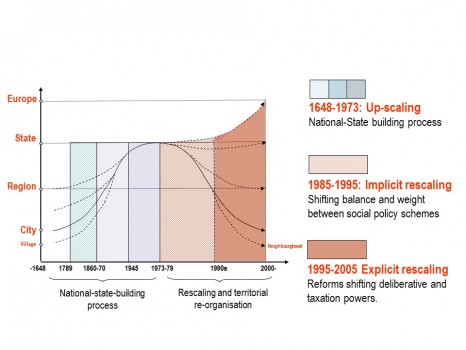 On March 23rd, 2014 Professor Yuri Kazepov, Professor of Urban Sociology and Compared Welfare Systems at the University of Urbino Carlo Bo in Urbino, Italy, presented his research into the rescaling of European welfare systems following the incorporation of the European Union as well as trends in European countries toward localized welfare policies. The project proposes that prior scholarship has not adequately taken into consideration that European cities deliver the highest concentration of welfare services irrespective of the policy focus, or how recent changes in the level at which policies are administered affect patterns of welfare distribution. Although the project is in its initial stages, Dr. Kazepov hypothesizes that the localization of welfare policy can be connected to the redefinition of citizenship in accordance with practices of social inclusion and exclusion situated at the level of individual cities.

Dr. Kazepov identified subsidiarization as a major outcome of the localization of welfare policy. Schemes for delegating administrative responsibility and various levels of fiscal autonomy exhibit several inconsistencies in the delivery of welfare services across the European Union and within individual nation states. This mosaic of policies has the advantage of widening options for individual welfare organizations and allowing greater freedom to grassroots organizations. However, a greater number of actors has led to increased difficulty in coordinating services, loss of accountability and procedures aimed at deterring blame rather than improving welfare. Dr. Kazepov suggested that the complex decision-making processes of the Caritas organization are exemplary of these advantages and disadvantages. 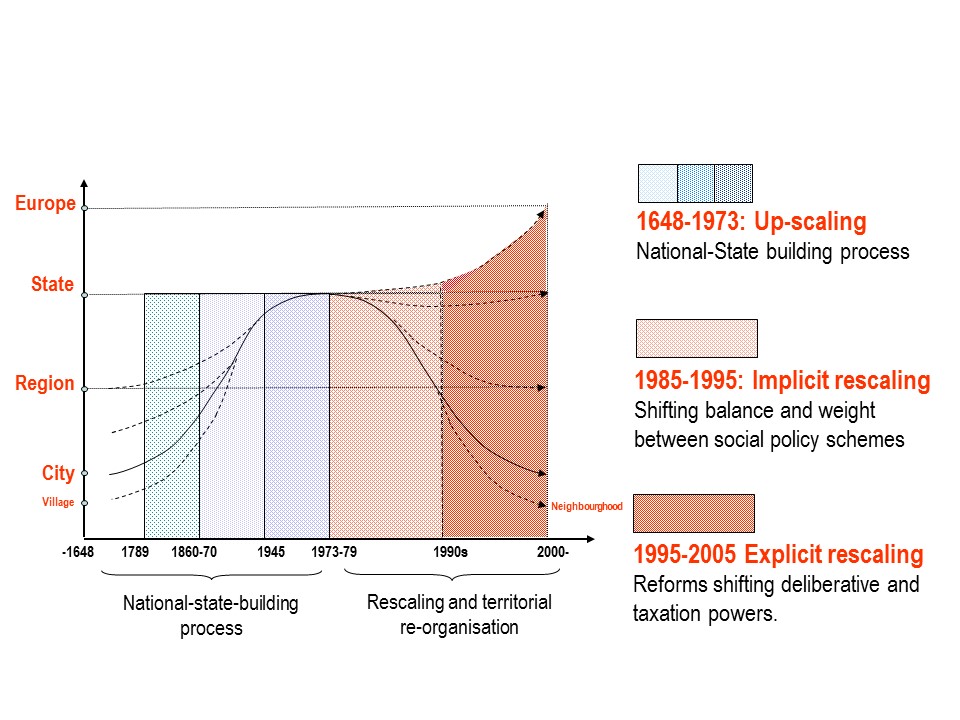 Italy was repeatedly highlighted as an area of concern for the rescaling of welfare policies. Dr. Kazepov noted that the figure for young people not employed, in education, or training (NEET) in Italy stood at twenty-five percent. Italy also exhibits a higher disparity in the delivery of welfare services across its region. By contrast, in Norway measures for welfare services were more consistent across regions and levels of implementation. How administrative discretion is parceled out to different actors remains a matter in need of further study, however. Dr. Kazepov noted that he and his colleagues are conducting further interviews about the impact of policy rescaling in over forty case studies, including London, Budapest, Malmö, Lecce, and Dublin.

During the question and answer session following Dr. Kazepov’s presentation, discussion centered on comparison between European and American welfare models. One participant in the discussion raised the issue of the unfunded mandate in American society as a source of considerable friction between federal bureaus and local welfare administrators, to which another faculty member added that the No Child Left Behind policy of the Bush administration was an exemplar. Dr. Kazepov suggested that the unfunded mandate bore some similarities to the passive form of subsidiarity highlighted in his discussion. It did not seem possible for the discussion to reach a satisfactory conclusion about the transnational comparison of welfare. With further research, however, such a comparison looks promising.