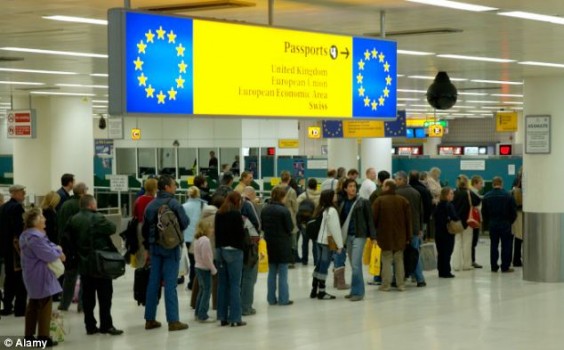 In an eloquent presentation entitled “The Performance of Exile: Deportation as a Theater of Cruelty,” David C. Brotherton presented his research on deportation hearings, using the framework of Antonin Artaud’s theory of the theater of cruelty. Based on his experience as an expert witness in over 50 deportation hearings held at immigrant detention centers, Brotherton’s research sheds light on the experience of some of the 350,000 people deported each year, and the families many deportees leave behind. For Antonin Artaud, the theater needed to show the vibrant and cruel reality of modernity and represent the unrepresentable of society, which Brotherton argues, fits with the spectacle of immigration court in the United States today. Brotherton notes that in 2011 Congress appropriated nearly 700 million dollars for the government’s deportation programs, that ICE receives about 9% of the total funding for the Department of Homeland Security, and that record numbers of immigrants are being held in immigrant detention centers.

Brotherton argues that in the courtroom of deportation proceedings, emotional turmoil affects all those involved, including the deportable subjects, their families, the judges, and the lawyers present. The proceedings are performative. Brotherton describes five scenes from the inner proceedings of deportation and detention centers including the story of Frank Medira who is blind, diabetic, paralyzed on his right side, has had five strokes, and has been diagnosed with bipolar disorder. Frank is trying to contest the government’s deportation order. His lawyer argues that his deportation should be seen as a death sentence and asks the judge to use his discretion to stop the deportation. The judge finds that the case does not meet the criteria for him to use discretion and orders him removed. Brotherton poses the question: What possible threat does Frank pose to U.S. society? He argues that the proceedings continue as if failure to adhere to tropes of good versus bad and deserving versus undeserving will cause a social crumbling.

In other scenes described by Brotherton, family members of the deportees are present and their emotional torment becomes part of the spectacle of deportation proceedings. In one “scene” a mother stands up and begins to pray and plead with the judge to release her son, swearing that she believes something terrible will happen to him if he is deported back to the Dominican Republic, before she collapses onto the bench having had a heart attack. In another case, the niece of a deportable man testifies that she believes her uncle will indeed face conditions akin to torture if he is deported. When pushed on her definition of torture, she states “If you want to know what torture is, this is torture, what you’re doing to my uncle…I have done my research, I have studied criminal justice and I don’t see any here today.” And in yet another case, a deportable man is cross-examined on the details of a long past criminal charge. Unlike in any other modern court, this crime is dragged up and its perpetrator re-tried and re-punished over and over again. For Brotherton, the performance spectacle of deportation court can be well served with Artaud’s frame of the theater of cruelty. These performative scenes illustrate the severity and the cruelty involved in state threats against immigrants, which constitute a particular form of othering that is indicative of denying processes of legal and social citizenship. This draws upon and reconstitutes moral panics around immigrants and criminality.