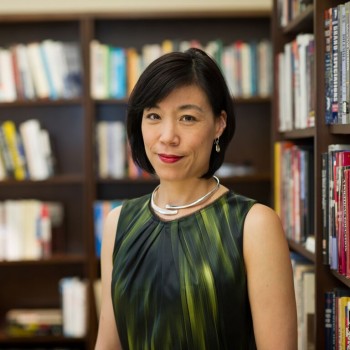 In this talk, as part of her broader research on 21st century policing and the politics of carceral expansion, Naomi Murakawa discusses the contemporary developments in the ongoing process of police professionalization. She examines the history of police professionalization through a focus on some of its key discursive terms. The conceptual principle she investigates here is “procedural justice”, as the corner stone of these reforms. Murakawa is interested in how the concept is operationalized: what does “procedural justice” actually look like? She looks at incarceration rates as well as admission rates with attention to the enduring racial stratification. She traces continuities in Obama and Johnson’s speeches, in an attempt to trace antecedents of “procedural justice” as well as what is particular to the current reforms. She also examines the training modules and policing textbooks noting the language used where “listening”, “understanding their perspective”, and “respect” are some of the approaches being pushed for.

Murakawa’s argument is that procedural justice is an effort to secure poor people’s consent to their own dispossession, and to diffuse the potential for collective mobilization. What is being obscured, she argues, are the “substance” of policing, the scale (the number of officers employed and the numbers of people being arrested), the scope, and the routine baseline violence (as opposed to extreme violence). She asserts that this is not the story of good intentions with unintended consequences. Murakawa’s concern here is the reproduction of inequality through these police reforms that ironically are called for often in the name of racial fairness. She asks: what political possibilities are enabled and what critiques are constrained when we use this kind of vocabulary?

Murakawa’s questions are very timely particularly with ongoing manifestations of police brutality, as of recently Ferguson, which she also discusses in this talk. The question however is how is this discourse that she traces in books, police guidelines, and political statements translating on the ground? How are officers responding to these texts? What happens in the translation process? The textbooks certainly reveal the meta-discourse. She shows how the textbook language is consistently echoed in political speeches such as that of the police chief and the president. Murakawa mentions in passing a police officer saying to a fresh addition to the team: “forget everything you learned in these books.” Perhaps a look at what happens outside the textbooks, as these officers deal with actual situations (conflict within their teams on levels of brutality deemed necessary, being from the community where they work, members having been exposed to these new guidelines working with older generations, etc.) may help us understand even more comprehensively the ways in which these police reforms gain such force.